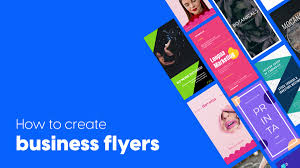 Since the Renaissance in ancient Italy, the concept of using sheets of paper to communicate local news such as business, war, politics, movements, and much more has been highly effective. With technology developing further from then with the printing press and copier machine, it became too easy to mass-produce information. These sheets came to be known as flyers for their ability to be circulated quickly and reach a broad audience. Living in the computer age has made it easy for anyone to broadcast to the public with a couple of clicks and touches, and most companies use this method for their advertisement. Although it seems that this would make flyers redundant, it’s quite the opposite. They have the advantage of being tangible, meaning they hold actual weight and are highly customisable and just as simple to distribute.

What is a flyer, and why should one invest in them?

A flyer is, in essence, a paper advertisement tool used for wide dispensation of information and is usually given out or posted in public places. Some are even sent directly to people through the mail. They are the most popular marketing tools due to their ease of access and splash word and picture traits. New businesses use them primarily for upcoming events, various topics, and movements. Even in a world becoming increasingly less reliant on paper, they still prove to be the best at getting messages out there.

They can be printed at concise notice, meaning they can be made on a whim. In this fast-paced modern world, needs and wants keep changing as per the situation, and that’s where these pamphlets come in handy. Need to market for a business or promote an event as soon as possible? Not to worry, as they can be stacked up and evenly distributed with the drop of a hat. Besides this, they are pretty inexpensive, with bulk orders having significant discounts and paper itself being cheap.

Variety to choose from and customisable

It always helps to have an extensive catalogue to pick from, and with flyers, there are over forty types of stocks and finishes like plain, gloss, matte, and others. Included size, mixing, and matching can help achieve optimum reach to the required audience. Moreover, they can be highly customised with various designs, shapes, fonts, and other visual characteristics to project and catch the eyes of potential customers.

These leaflets might give off the notion of simplicity but not at the cost of being unproductive. Studies have shown that even in this digital era, flyers still have a significant presence in relaying information, mainly due to their physical nature. Allowing people to touch and hold the handouts ensures a personal touch and a better chance of being read than getting lost in a web of spam promotion mails. They are also highly measurable using leaflet numbering, QR codes, and URLs.

Used in tandem with digital marketing, they can reinforce the message that the other is trying to convey. Make full use of their versatility and pair it up with modern technology for the best possible results. By taking full advantage of the distributivity of fly-posters and cutting-edge automation algorithms, one can maximise their information output level. 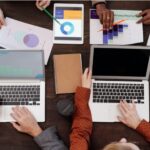 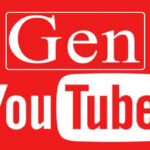 How to Use GenYouTube