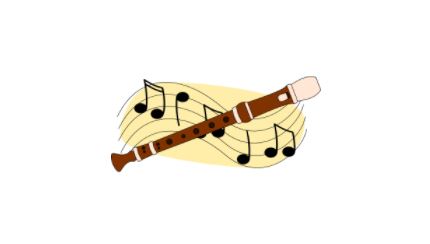 Indian culture is one of the world’s oldest and most diversified cultures. Indian cultural institutions have been among the most powerful, deepest, and deeply felt on the planet. Over the millennia, India’s cultural history has been enriched by waves of migrations and invasions that have been easily absorbed into the core of Indian culture. When it comes to the initial instance of their existence, there are some things in this world that can only be presumed about because there is no specific time or era that can establish their formal starting. One of those things is music, particularly Indian classical music. However, ignorance cannot be dismissed as intellect; hence, ancient exploration is significant, because while there may not be an official beginning, there is a journey. There has been tremendous technological growth in the field of music in India. It is as easy as learning music through online music classes. Who would have thought that in the 21st-century music would be this alive and still be an integral part of all our lives!

The Vedas are thought to be the source of Indian music. The core of Indian classical music is derived from the pursuit and aim of God, rather than from its structure and regulations.

God is thought to be a musical sound, the sound that penetrates the entire cosmos, i.e., Nada Brahma. In order to fuse with the Supreme reality -Nada Brahma – the artist must acquire a sense of abandonment, as is the case with the history of Indian classical music. The earliest Hindu scripture, the Samaveda, is the source of Indian classical music. With eight basic notes of Sa,Re,Ga,Ma,Pa,Dha,Ni, and Sa, it has the most sophisticated and complete musical system. It’s monophonic in nature. Swaras are said to have evolved from Samaveda and were originally used for musical recitation of the same mantras. Swaras increased in number from three to five, and ultimately to seven. Komal and tivra variants were found in five of the seven swaras. The spectrum that resulted eventually covered a total of twelve swaras. This twelve-swara scale, which is recognized by Indian classical music, also serves as the foundation for all genres and forms of music around the world.

Music took a long time to reach its current state. Between the 14th and 18th centuries, major breakthroughs in music were accomplished. Due to several invasions throughout this time, Indian music collided with Persian music, resulting in the formation of two types of Indian classical music: Carnatic and Hindustani classical music. Because their heritage and concept are essentially the same, Carnatic and Hindustani music share some characteristics. Their ragas and articulation, on the other hand, are usually distinct Each of these styles is distinguished by its own collection of instruments and sound characteristics. The music’s goal, on the other hand, is the same. In the past, Indian classical music traditions were passed down through a lineage known as a gharana, which literally means “family.” Gharanas were developed in the early nineteenth century by other musicians within their families or areas adhering to stylistic quirks and innovations of certain players.

There are around 500 known ragas in the world today. About 150 are well-known and frequently performed, while the others are less well-known or have never been published. There are several online databases with raga recordings and information on Indian classical music, such as the Rajan Parrikar Library and the Swarganga Music Foundation. In modern times, many microcosmic traditions within the larger heritage of Indian Classical Music have become so developed that students will find that most of their practice is a mishmash of ideas and practices, all of which stem from the ancient foundation.

It is critical to recognize that diversity is a vital component of mastering this musical practice, and that keeping an open mind to its developing nature and accepting all interpretations is critical for one’s own musical journey and intellectual growth. For pupils, developing the sensitivities and balance necessary to distinguish what inputs to receive and what to leave out takes time and a wonderful guru. If, on the other hand, the appropriate intention is maintained and the commitment to studying this music is fully embodied through the guru-shishya training connection, the student will soon become one with the raga, dissolving in its vibrating essence and healing those who listen. 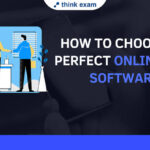 October 19, 2022
Notice Writing: How to Write a Notice That’s Both Effective and Concise 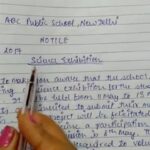 Notice Writing: How to Write a Notice That’s Both Effective and Concise