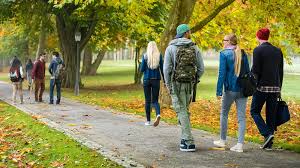 Title IX was intended to help women enter colleges and become a part of athletics. Over a period of time, they were able to gain an education and play sports without any issues. This law also deals with sexual assault and discrimination in those colleges and universities that receive funding from the state and federal governments.  It is vital to learn more about these regulations so that both students and authorities can take preventive measures before they encounter these problems.

The result of being non-compliant

It should be noted that colleges and universities would stop receiving funds from the state and federal governments if they don’t obey these rules. That’s why most of these educational institutes ensure that they follow Title IX religiously and take action against the person as soon as possible. They cannot afford to lose their funding.

To whom these regulations apply

Title IX laws are applicable to the following people:

It is the duty of the institute to make the above-mentioned people aware of these laws including the consequences.

Examples of violations of Title IX

What can be the result of violations?

It should be noted that violations of these laws might give rise to severe consequences as mentioned below:

The penalties also depend on the nature and extent of the act. However, if you believe that you have falsely been dragged into such cases, you must hire an attorney. He can look into the matter and ensure that the institute has not violated its own rule. Generally, the time to respond to such cases is limited. Therefore, it is strongly recommended to proactively prepare your letter and get in touch with the authorities. A lawyer will help you write a convincing letter for you. He can contribute a lot to saving your career.  All your allegations will be taken care of if you take the right steps at the right time.